It was Fr Nicolas Stebbing of the Community of the Resurrection who suggested that I might like to go on this Retreat for Benedictine Oblates, which was held at the start of September 2015 at Douai Abbey.

The Community of the Resurrection takes inspiration from the Rule of St Benedict. However, it is different to some, although by no means all, Religious Communities in requiring its Oblates to be male, single and celibate. In reality, it is CR’s Companions who have more in common with Benedictine Oblates elsewhere. Thus it was I found myself driving through the lush Berkshire countryside that Friday afternoon towards the little settlement of. 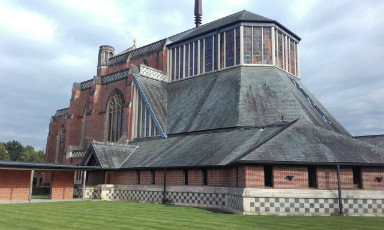 Rounding a corner, suddenly there loomed above me the enormous bulk of the Abbey church, a remarkable building, half old - dating from 1933 - and half modern, it having finally been completed in 1993. Inside the cavernous - almost cathedral like – space, the eye was drawn beyond the central altar to the monks’ stalls at the far end, silently waiting for the next Office to begin.

First, however, it was time for some Benedictine hospitality as the 21 participants gathered in the refectory over afternoon tea and introduced themselves. Many were Oblates of Roman Catholic Communities bearing those evocative names such as Ampleforth, Prinknash (which I discovered is pronounced “Prinnij”), Pluscarden, Ealing and Douai itself. However, there were a sprinkling of Anglicans and even a Benedictine Oblate from the Celtic Orthodox church!

programme we were given for our stay had the times in it printed five minutes in advance of the true starting times, to ensure that nobody was late in reaching the appointed places! Thus, by 5.55pm we were seated adjacent to the monks in those stalls, ready to commence the Office of Vespers which, to my pleasure and concern (yes, it is possible to experience those two emotions simultaneously) was conducted entirely in Latin! I am no Latin scholar but managed tolerably well and it actually felt as if the words we were speaking were alive with colour. In saecula saeculorum seems to pack much more of a punch than “for ever and ever”.

Immediately after the Office half an hour was set aside for individual Lectio Divina. In fact, this Benedictine practice of scriptural reading, meditation and prayer was to punctuate our time at the Abbey, being carried out in the group before any of the days’ workshop sessions commenced and repeated on an individual basis after Vespers.

aim of the Retreat was “to discuss how we live as Benedictine Oblates in the world of 2015” and the sessions were designed to consider different aspects of St Benedict’s well known, well loved and well used Rule. At each session, under the gentle guidance of Fr Gervase Holdaway, Oblate Director at Douai Abbey, appropriate sections of the Rule were read and discussed, for example from Chapter 7 on humility, from Chapter 34 on receiving in equal measure what is necessary, from Chapter 48 on daily labour etc. Fr Gervase helpfully provided notes highlighting certain key phrases followed by his own brief thoughts, such as “ Oblate should be a model for contemporary society. Repair what is broken, recycle what is unneeded. To throw away what can be useful to someone else is contrary to St Benedict’s teaching”.

These were guideposts for the group discussions which followed but the real ingenuity of the material we were contemplating was to dovetail it, as Fr Gervase had done, with appropriate extracts from Pope Francis’ second encyclical “Laudato si”. I had managed to obtain a hard copy of this highly readable document when it was first published in June and it was inspired thinking to juxtapose the Pope’s carefully weighed words in this document on care for our common home with the ancient text of Benedict.

Not only did this reinforce the relevance of Benedict’s Rule in today’s word, it helped us to discern wider areas of our lives, conduct and attitudes to which the Rule can be applied. It was humbling to be part of a group witnessing God working through these old and new texts and shaping our discussions, our prayers and our resolve. 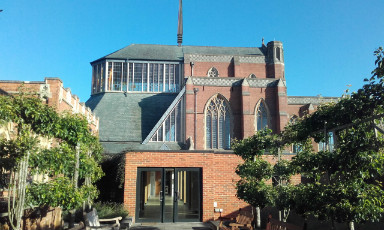 Later, we considered “Seeking and finding God today and every day” and were reminded that although particular monasteries have come and gone over the centuries, the Benedictine Order will very probably endure. Why? Because God continues to exist. As Fr Gervase highlighted: “ Benedictine’s job is to praise God. We will never be unemployed because our prayer is the work to which nothing else is preferred”.

For the closing sessions the group looked more closely at some of the key tenets of Benedict’s instructions such as hospitality, stability and sharing. I believe everyone present encountered fresh ideas and ways of enhancing and deepening their Oblatures, aided enormously by getting to know each other in our mutual sharing of meals, prayers, studies, discussions, even silences and, importantly, the four daily Douai Offices (not all of them in Latin!). My personal thanks go to Fr Nicolas for suggesting I attend and I would commend this annual event to others. 6th UK Oblates National Retreat will be held at Mount St Bernard Abbey between 17 and 20 October 2016.

One other thing has to be said. The commonality of everyone in the group having a robust association with a Religious Community, practising a daily Rule of Life and endeavouring to live lives centred on Christ transcended any denominational differences. Religious Communities have long proven that they are head and shoulders above others when it comes to ecumenism and it was refreshing to see this mantle also being embraced by their Oblates. 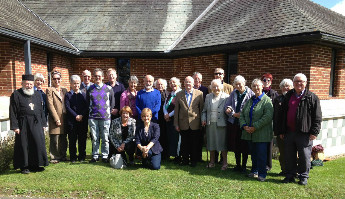 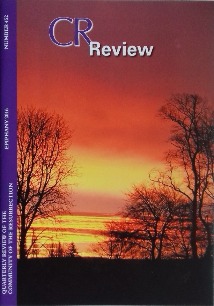